The immersive and interactive concert experience includes singing, dancing, acrobatics and 3D special effects. It will feature favorite songs from the hit Disney Junior series, as well as new original music. In “Disney Junior Live On Tour: Costume Palooza,” Mickey, Minnie and their pals prepare to throw a big costume party, but mysterious weather keeps interrupting the fun. Can Team Spidey help save the Palooza Suit?

Tickets range from $39 to $69 and are available for purchase online or by calling the box office at 973-539-8008. Tickets go on sale May 20 at 10 a.m. VIP packages will also be available for pre-show opportunities, including premium seating, exclusive merchandise and character experiences. 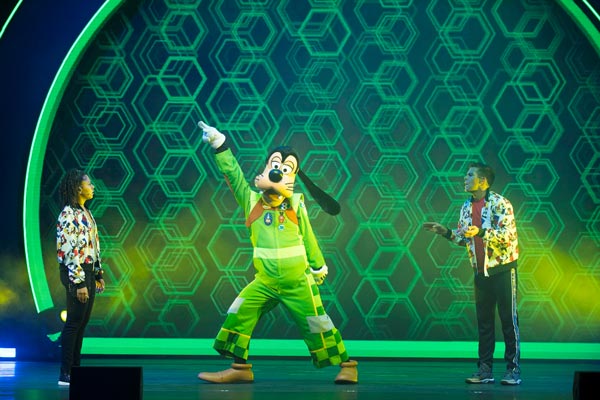 The show is brought to you by the creators of the “Disney Junior Dance Party On Tour”, nominated twice by Pollstar, which sold more than 350,000 tickets. The live show is written and directed by Amy Tinkham and produced by Jonathan Shank of Terrapin Station Entertainment. Parents can go to DisneyJuniorTour.com for more information, see tour dates and buy tickets.

“We’re going to wow Disney Junior fans with all the onstage fun and new songs we have in store for them,” said Jonathan Shank, producer and CEO of Terrapin Station Entertainment. “We’re thrilled to be working with the Disney Junior team again on this first preschool production bringing back all of the beloved Disney characters, and now, for the first time, ‘Marvel’s Spidey and his Amazing Friends,'” Shank said.

Advertise with New Jersey Stage for $50-$100 per month, click here for more info

Mayo Performing Arts Center (MPAC) is located at 100 South Street in Morristown, New Jersey. MPAC, a 501(c)(3) non-profit organization, presents a wide range of programs that entertain, enrich and educate the region’s diverse population and enhance the economic vitality of northern New Jersey. The 2021-2022 season is made possible, in part, by a grant from the New Jersey State Council on the Arts/Department of State, an agency partner of the National Endowment for the Arts, as well as support received from the FM Kirby Foundation , The Blanche and Irving Laurie Foundation and numerous corporations, foundations and individuals. The Mayo Performing Arts Center was named a 2016 Outstanding Historic Theater by the League of Historic American Theaters and is ranked among the Top 50 Mid-Size Performing Arts Centers by Pollstar Magazine. 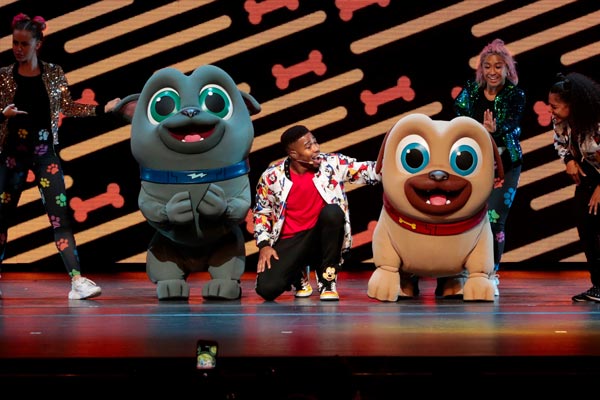 Part of the Disney Media and Entertainment Distribution networks, Disney Junior is a global, multi-platform brand with content created by Disney Branded Television specifically for preschoolers ages 2-7 and their families. Available as a daily programming block on the Disney Channel and as a 24-hour channel, available in 77 million homes in the United States, it was the No. 1 preschool channel on television for 36 consecutive quarters among children from 2 to 5 years, every quarter since it launched. Home to some of the most beloved programs and franchises for preschoolers, including Emmy® Award-winning “Elena of Avalor”, Peabody Award-winning “Doc McStuffins”, and new hit series “Marvel’s Spidey and his Amazing Friends” and “Mickey Mouse Funhouse”, Disney Junior reflects the emotional connection that generations of consumers have with Disney storytelling and Disney characters, classic and contemporary. It invites parents and guardians to join their child in the Disney experience of magical, musical and heartfelt stories and characters while incorporating specific learning and development themes designed for young children.

Marvel Entertainment, LLC, a wholly-owned subsidiary of The Walt Disney Company, is one of the world’s premier character-based entertainment companies, built on a proven library of more than 8,000 characters featured in a variety of media for more than eighty years. Marvel uses its character franchises in entertainment, licensing, publishing, games and digital media.

Founded by industry veteran Jonathan Shank in 2020, Terrapin Station Entertainment, a division of Sony Music Entertainment, is an artist management and production company that helps musicians and brands capitalize on their target audience and shine in the cultural mainstream. With expertise in management, family entertainment, and brand experiences, the Terrapin team strives to ensure customers achieve their goals.